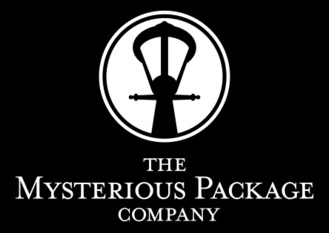 Founded by three Toronto friends and backed by a an angel investor late of PopCap Games, The Mysterious Package Company creates customized gifts sent by mail that embroil their (often unwitting) recipients in strange, fantastic, and tangible storytelling experiences.

i was the Narrative Director for the Mysterious Package Company from 2015-2017. Originally hired to replace one of the three founders, my main focus at the MPC was writing puzzles and stories for Curios and Conundrums, a quarterly subscription newspaper intended to confound and amaze. Picking up where the outgoing Narrative Director left off, I was tasked with designing puzzles that would take entire groups of people multiple months to solve.

For the third volume of C&C, I designed a series of complex, threaded puzzles that interconnected and dovetailed into additional, hidden puzzles, which in turn revealed a secret story tied to MPC lore. This was one of the puzzle chains i was most proud to have designed:

In Issue 1, the answer to this Spot-the-Differences puzzle is CANCER. 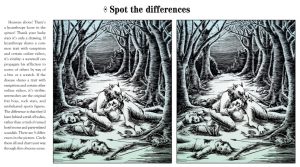 In Issue 2, the answer to this Word Search puzzle is GEMINI. 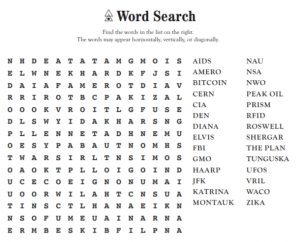 In Issue 3, the answer to this Crossfire puzzle is LEO. 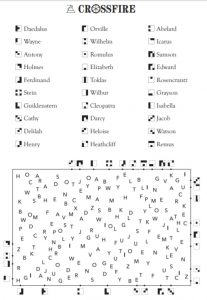 In the goat-themed fourth issue, the answer to this Word Search puzzle is CAPRICORN. 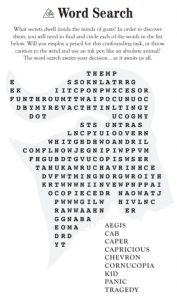 Each puzzle was linked by a special symbol to a “lock” in an online answer checker called The Vault. 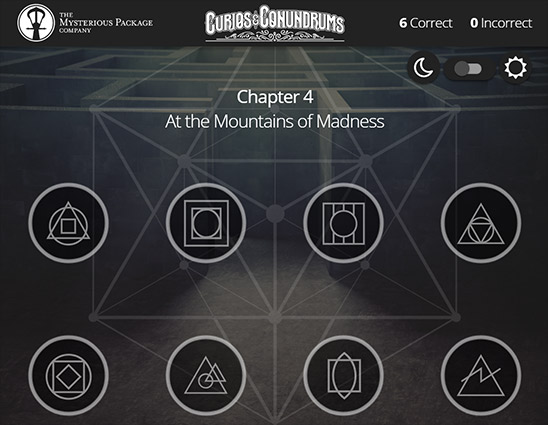 One hidden lock hints that each issue’s horoscopes and this Smash n’ Grab puzzle are connected. 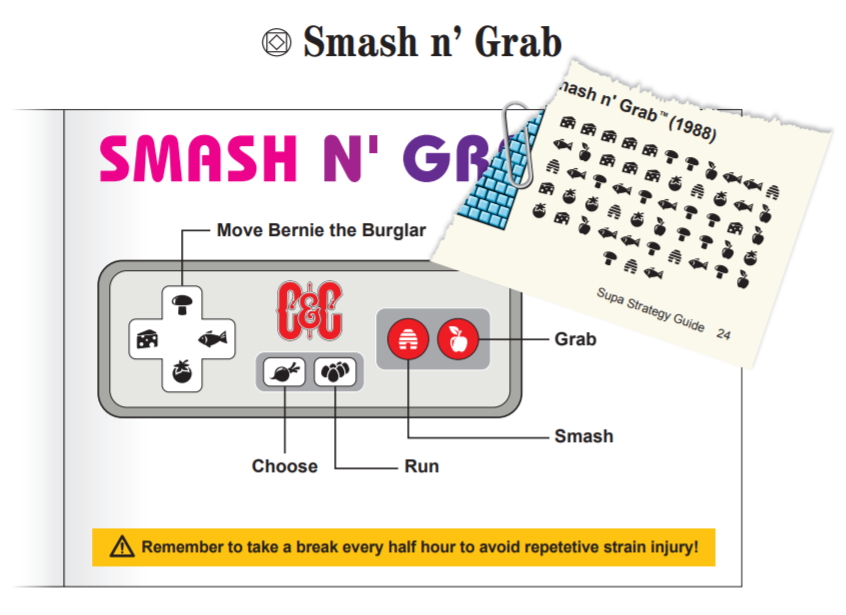 A close inspection of the Cancer, Gemini, Leo, and Capricorn horoscopes in the four issues all contain at least one directional word: DOWN, LEFT, UP/DOWN, and RIGHT.

Those directions mapped onto the NES-style controller in the Smash n’ Grab puzzle give us a sequence of foods: TOMATO, CHEESE, MUSHROOM, TOMATO, and FISH. 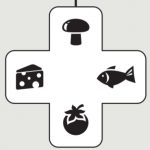 One of the tchotchkes that shipped with Issue 3 was a grocer’s coin that had these same food symbols stamped around its edge. 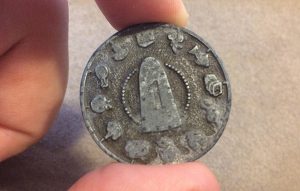 At the top of Issue 4 is a string of letters that begins with CHEESE and ends with APPLE:

If you stand the grocer’s coin on its edge, lining up the cheese, and roll it along the string of letters, taking note of each letter that matches the “TOMATO, CHEESE, MUSHROOM, TOMATO, FISH” sequence, you get this answer:

If you then visit the IFDB (the Interactive Fiction Database) and search for “In Good Company,” you’ll discover a text adventure game with that title that takes place in the (fictional) headquarters of the Mysterious Package Company! 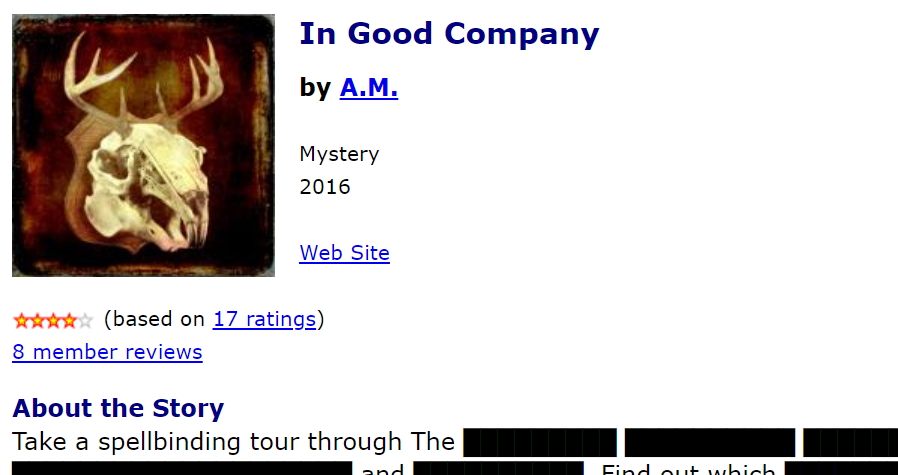 When you complete the text adventure game, you discover the final answer to the puzzle.

Another puzzle chain led solvers to scour a series of real-life libraries around the world for secret symbols. i mobilized an army of online odd-jobbers to visit their local libraries and hide the symbols in certain books. 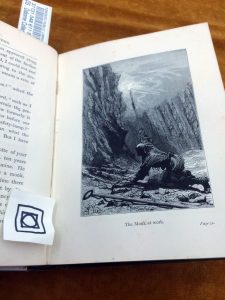 i wrote numerous articles and stories for Curios and Conundrums. i structured the Pressed For Time series like an Encyclopedia Brown mystery, ending it in a cliffhanger with the ultimate answer discoverable online, to help the Mysterious Package Company more effectively track its readership.

Beast of a Task

One of my first tasks at the Mysterious Package Company was to deliver on the promises of an ambitious Kickstarter campaign. The Century Beast was imagined by the outgoing Narrative Director as a viking-themed tale of a sea monster that attacks every hundred years. Working from the past Narrative Director’s story outline, I wrote a series of diary entries, scholarly articles, shop receipts, and comic book pages to tell the story of a woman whose father (voiced in an audio diary by Mark Meer of Mass Effect fame) was killed by the aquatic abomination in the early 1980’s, and who now suspects a large scale cover-up by the Norwegian government.

The MPC’s second Kickstarter campaign was for Filigree in Shadow, a murder mystery set in a Victorian mansion. One of the stretch goals was a papercraft model of the house that customers could cut out and glue together. i designed the 3D pattern for the house, which was skinned by designer Alex Bayliss.

Many of the early MPC experiences were non-interactive stories that customers would read through. As competition in the mystery box industry heated up, the Mysterious Package Company began to add more interactive elements to their offering: secret codes, decoder wheels, and different puzzles that customers could solve to reveal secret snippets of story.

For Filigree in Shadow, i developed a secret code akin to pigpen that customers could crack. 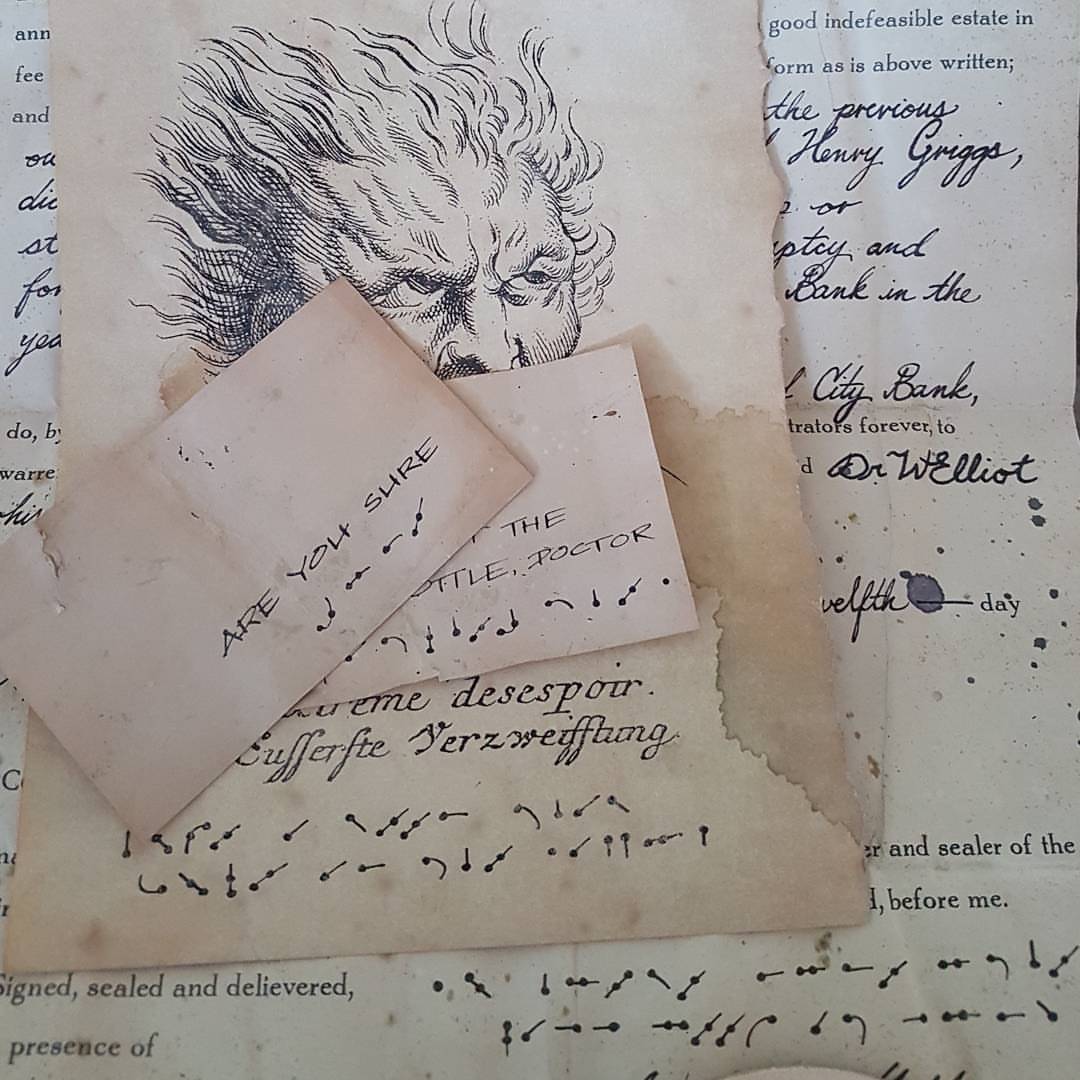 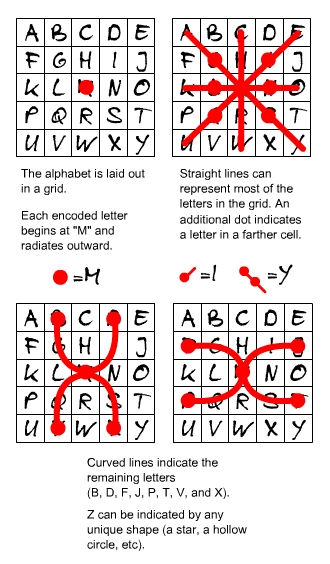 For their Lovecraftian adventure Rise of the Cult, i worked with designer Angel Rivera to develop the broken gear from an arcane astrological decoder machine that could extract secret messages from a star chart. 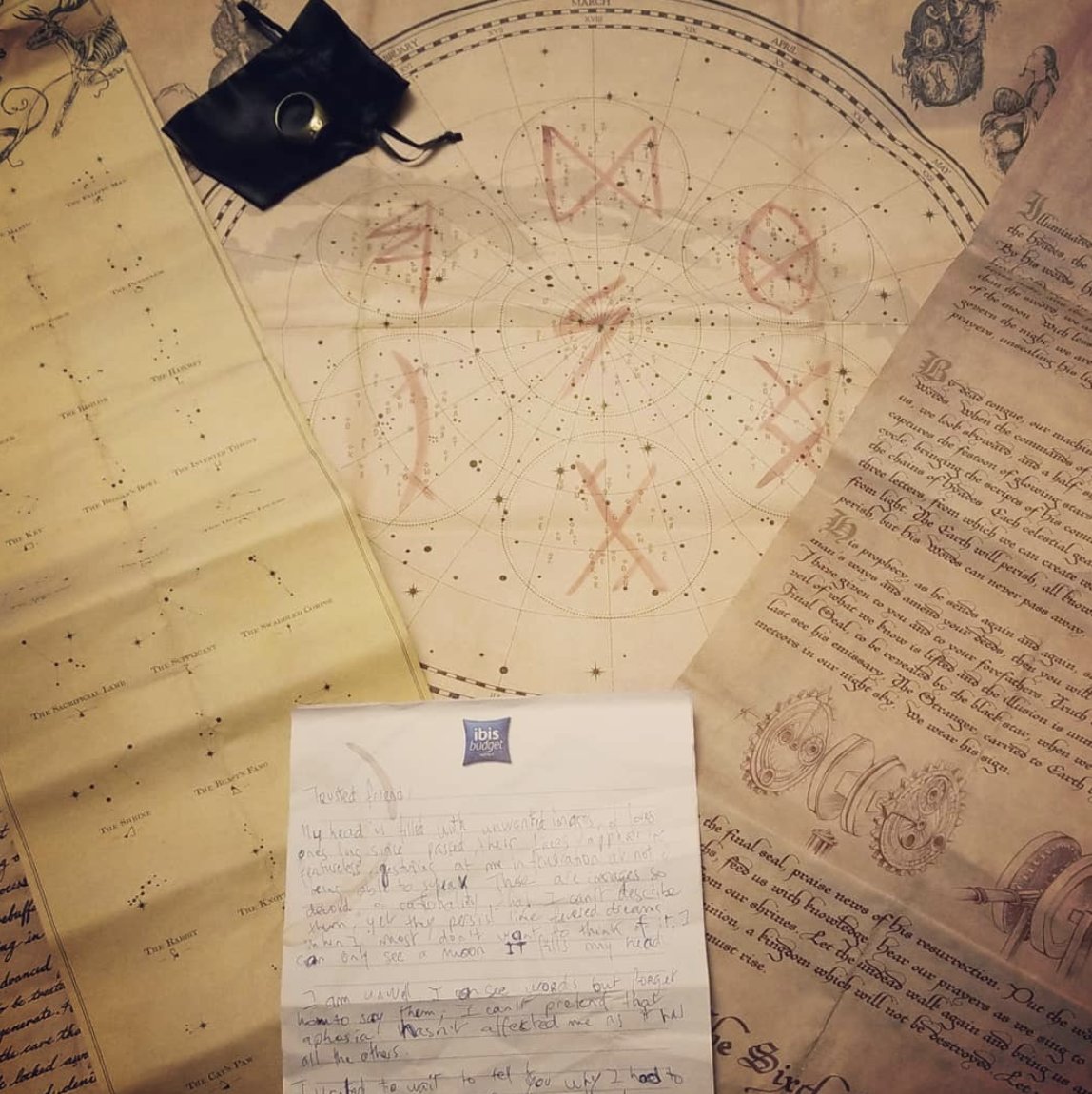 For the Indiana Jonesian Hunt for the Forgotten Tomb, Angel Rivera and i teamed up once again to concoct an activity were solvers would roll a sheep knucklebone die on an archaeological survey to pinpoint the location of the titular tomb. 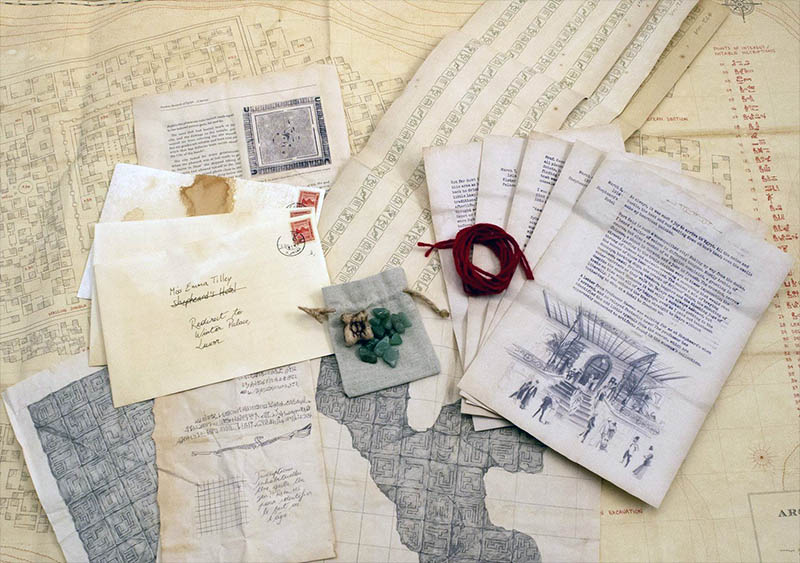