One interesting item i unearthed while packing was a green journal dated 1996. It was an artifact from the short time i spent away at art college before dropping out. 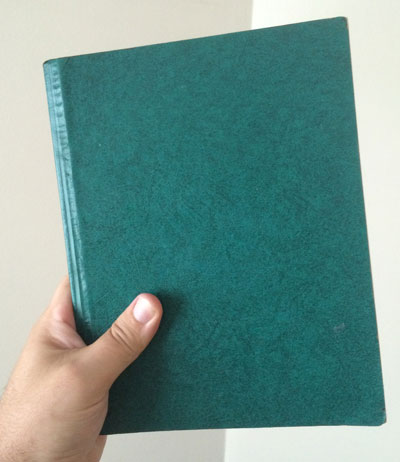 The book, which i titled “Idea Journal,” was meant to contain concepts for various creative projects that i’d never get off the ground, and on that score, it doesn’t disappoint: there are pages and pages of video game concepts that come off just as sour and delusional today as they did back then. 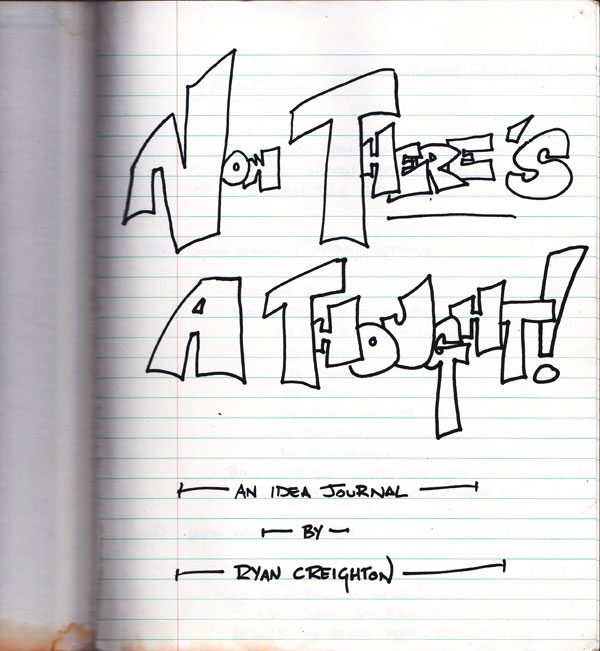 Most of it is me being an unmitigated idiot: 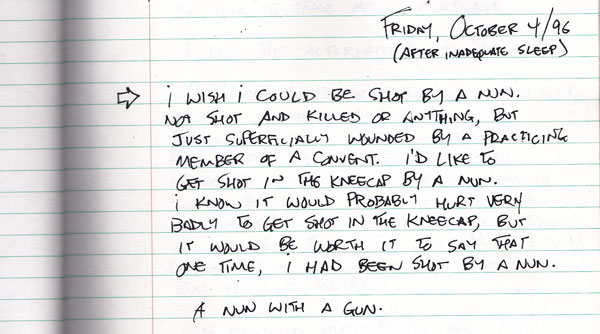 Other bits of the journal are a little more personal – entries written a young man who had only just begun to get the shit kicked out of him by the real world. i remember this was a dark, depressing, and lonely time for me. But i’ll spare you those entries and highlight a couple of points of interest from the book.

The Ron Side of the Law

One of my assignments in college was to write a back story for this hideous Jibber Jabber surfer doll: 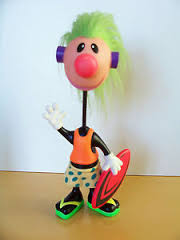 (Because that’s a marketable skill.) This was one of my ideas:

Eighteen years later, i would launch Escape the Book Club Killer, which features a serial killer named Ronald Denton. This just reveals that apparently, throughout my adult life, i’ve thought that the very best name for a serial killer is “Ron”. (Tellingly, when we’re onboarding players at LockQuest and we reveal that the killer’s name is Ron, sometimes they reply “of COURSE it is.”)

The video game that i’ve wanted to develop since college is a sci fi buddy comedy adventure called Orbit. 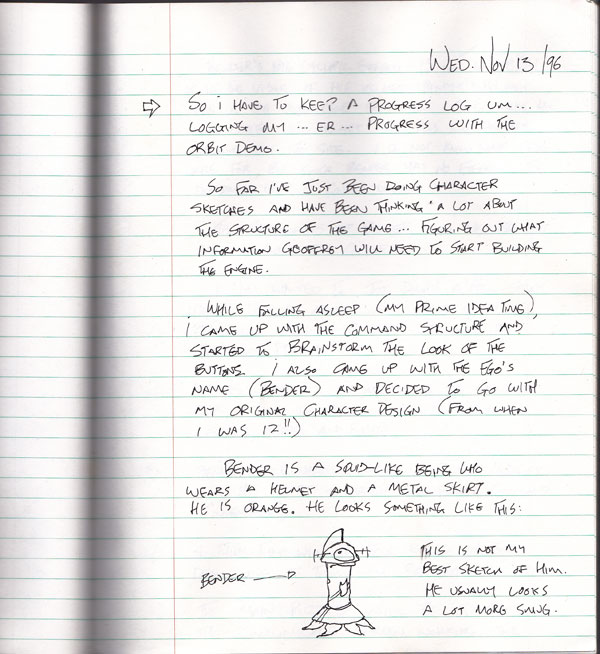 You might read this page and think “Oh – how original. It’s sci fi, and one of the characters’ names is Bender.” But check out that date: Futurama, which stars a drunk & disorderly robot named Bender, didn’t air until three years later in 1999.

Pleased to Meet You

If that doesn’t float your boat, probably the most interesting entry in the book is only a couple of lines long. As i mentioned, i was desperately lonely in art school. i remember spending a weekend back in my hometown with friends, and i struck up a conversation with a cute girl who worked in a hardware store there. When i got back to school, i wrote this:

18 years later, she and i and our two beautiful daughters have a happy life together, and my lonely isolation at art school is a distant memory.