Into each life some rain must fall. Prepare your hearts for the Empire Strikes Back of Food in Review.

Waddling Off the Path

It’s amazing the kind of damage a small step off the straight-and-narrow can wreak – even more so when one willingly hurls oneself off the wagon. 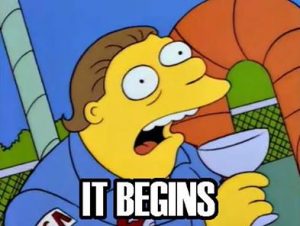 i’m not going to give you the usual, helpful day-by-day recap of what i ate this past week, accompanied by cheery photos and links to recipes you’ll never make. i will only say that circumstances saw our family eating out nearly every night this week, and you can behold the chaos yourself on my weight chart: 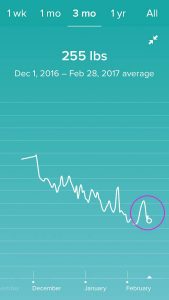 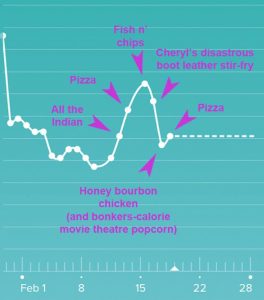 This week was like an extinction-level event. It started with us celebrating a friend’s birthday party by eating All the Indian. The beef vindaloo in particular was salty as balls, and my weight shot up a number of pounds by the next morning. This was a huge bummer, because as i mentioned in another post, i was *this close* to seeing the middle number on the scale change, like when the odometer on your car turns over and you’re that much closer to sending the ol’ VW Rabbit to the scrap heap, except in reverse.

Monday night, the kitchen was still in a horrible state from entertaining guests on Saturday, and our time was taken up the day before shoveling blizzard snow and eating impossibly salty beef vindaloo. So i called in an exceedingly rare air strike from the pizzeria.

Tuesday was Puzzled Pint Toronto, so it’s my monthly requisite eat out night. i looked at the restaurant menu ahead of time, which now helpfully (and lawfully) posts calorie counts. i chose fish and chips, which was bizarrely one of the lighter entreés available (compared to, say, the burgers and sandwiches). So because i knew what i’d be eating that night, i prepped by having a salad for lunch. 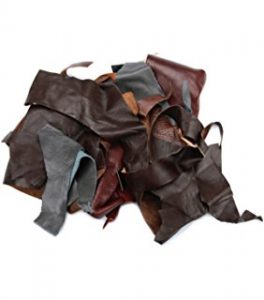 By Wednesday, after spending the past few days shitting out salty beef vindaloo like it was my full-time job, the water retention started to subside. Cheryl took the stew beef (stew beef … STEW beef) and tried to stir-fry it. i had to hammer the unfortunate results on my teeth anvils to temper the beef soft enough to swallow. The rice was the consistency of rice pudding, and the broccoli looked like someone had teeth-anvilled it before i did. It was a dinner catastrophe and, not coincidentally, she hadn’t used the Instant Pot.

So we put Mommy in the Shame Corner for an hour and hoped for a brighter future.

Thursday, not pictured on the chart because i messed up, it was just me and my soon-to-be-eleven-year-old for dinner. The beef boot leather was still in the wok… nobody dared to approach it … and i didn’t feel like cooking for two, so we went out for some fraaaaad chicken.

Mary Brown’s Famous Fried Chicken and Taters supplies a pretty calorie-heavy meal, naturally, but like the fish and chips, the calories _are_ actually manageable with a little advanced prep. On this particular day, i had completed no such prep, and wolfed those taters down with reckless abandon. 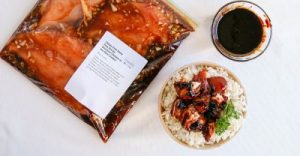 On Friday, the day of my eldest daughter’s birthday, i made this honey bourbon chicken recipe. (No, silly alcoholics: there’s no actual bourbon in it.) This was a turning point in my meal-making, because after dumping an entire cup of honey in the pot, it was the night that Cheryl finally figured out that she doesn’t like sweet meat recipes. Fair enough! 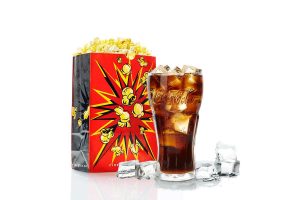 Friday was also the night that i ate 3/4 of a bag of movie theatre popcorn and drank a large Coke, all at the insane cost of 1010 calories (which is about what you “pay” for a fried chicken and taters meal at the aforementioned Mary Brown’s). i’ve always known that because of the coconut oil, movie theatre popcorn is on the “avoid” list, but you know … you think to yourself “Oh, i’ll just cheat a bit. Have a treat. It’s no big deal.”

It’s different having those numbers up on the board. Now i’m in “Fuck that noise entirely” mode, and i can’t see myself eating movie theatre popcorn ever again.

Last night, Saturday, was the birthday/slumber party, so we ordered pizza. Pizza, of course, is massively heavy at maybe 300 calories per slice, but like anything, you can manage it if you prepare.

You may be wondering at this point how on Earth my weight started to go back down by the hellish week’s midpoint. i’ve made a real commitment to getting my embolism-preventing hourly steps in, which i’ve found goes a long way towards achieving that previously-unobtanium-able 10 000 steps a day amount. 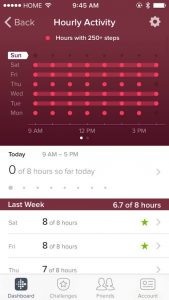 This is all part of my Baby Steps plan to radically revolutionize my eating and activity levels, and it starts with LITERAL baby steps. 250+ steps every hour is nothing. It takes two minutes, and helps me clear my mind and refocus for the hour to come. It’s great. A+. Would walk again.

This coming week, you’ll see a return to cooking form in my kitchen. If there’s anything booze- and fish-free that you think i should make to purge the last insidious colon-clogging remnants of salty-ass beef vindaloo, let me know!