They’re a new invention – a way to play cards while holding both your bread and your meat in ONE HAND. 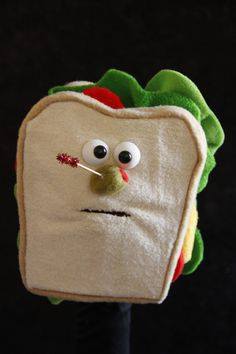 It was New Year’s Eve. Get off my case.

This is my new go-to that i’ve made three weeks running. It’s so easy that the ingredients practically fall out of the cupboards on their own and into the Instant Pot.

They were all out of sour cream at the grocery store, so i picked up some of the expensive stuff in the “natural foods” aisle, which was procured from a cow that got daily massages and was allowed to watch soaps on teevee all day. The stuff was THICK, despite it being labeled 14% fat like the plebeian junk i usually get. Not sure if i liked it. 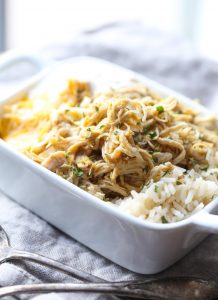 This one was a bust in the Instant Pot because it came out all… British… so i asked Cheryl if she could try it in the oven on broil. Instead of coming out black and bubbly, it still felt like i was eating Wallace and Gromit’s pasty faces, so i’m officially putting this recipe into the “Do Not Eat” section of my database. 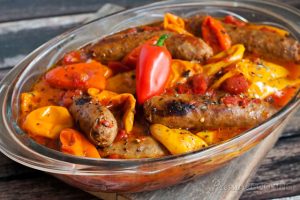 i was not prepared from the elation of not having to cook that night, but the cabbage rolls were delicious, and i suddenly had all this extra time to ignore my family and play Overwatch. It was glorious. 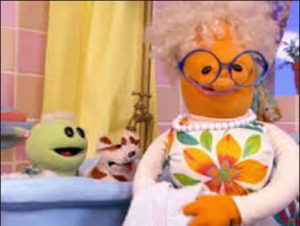 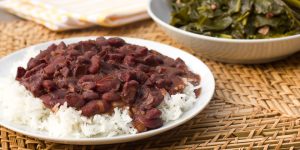 Add this to the list of Dishes i Can Never Get Right Despite So So Much Trying.

i’m a gigantic kitchen Nazi, in that i blindly follow recipe orders to the letter (and persecute non-Aryans), whereas Cheryl plays more fast and loose when she sees a recipe, sometimes to the point of leaving out Very Important Ingredients. In this case, she very nearly didn’t make RICE for the RICE AND PEAS.

There’s a step towards the end of this recipe where you’re supposed to mash a third of the beans in the pot to thicken the whole thing up and make a sort of gravy. Cheryl skipped it. i maintained that it was a crucial measure. We fought. Dishes were thrown. Then we made passionate Italian love in front of the fireplace. As the kids looked on in horror.

Anyway, this came out way too watery because of the skipped step, and it was a lukewarm debate over whether that would have saved the recipe. Cheryl and the kids just plain old don’t like beans, despite my repeated efforts to extol their virtues and plead that i’m trying to lose weight and can’t eat mamaflipping steak every damned night. The eternal struggle.

…and Home Made French Fries 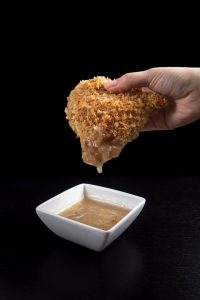 Ok – lots to unpack here. First things first: Facebook really wanted me to type “home made french Lori Friesen,” but i didn’t fall for it.

Second: the folks who run this blog are always suggesting weird steps that do nice things to the food, like straining the beef partway through browning it for chili (and putting the tomato sauce on top of the meat, but not mixing it in). This time, they suggested toasting the panko before breading the chicken, which made a world of difference.

Third: My eldest helped with this one by peeling potatoes and sous-chefing for me. It was hectic getting this whole thing delivered hot and at the same time, and i probably couldn’t have done it without my kitchen minion.

Fourth: The Food Network photo of the spicy cauliflower recipe was all kinds of bullshit. There’s no way you can get the food to look like the photo. i followed the recipe to the letter, and my florets came out brown and wet, instead of red an dusted like in the picture. So i joined the Food Network community just so that i could yell. 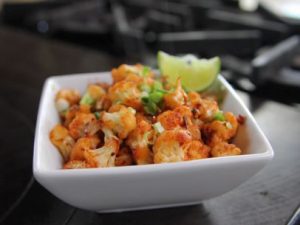 Fifth: The one thing i didn’t have under control was the gravy, which kept reducing way too much as i ran around doing all the other stuff. By the time we were ready to eat, my eldest looked in the pot and said “Uh-oh…” The gravy was a brown paste at the bottom of the pot.

The good news is that gravy is super-forgiving… i just added water and patiently mixed and scraped it all up. By the time i was finished, it was hot, bubbly, and PERFECT. It’s like i’m … like i’m some kind of GRAVYMANCER.

Sixth: Ever wonder if you should reeeeally buy a home deep fryer? Punch yourself in the face and drive your unconscious body to the store and buy one and shred the receipt before you wake up. Life’s too short to not eat home made french Lori Friesen.

But don’t worry, sportsfans. Here’s how it went down:

We went over to our friends’ house for a post-Christmas drop-in that should have ended at 6pm, but thankfully everyone there was just as socially retarded as we were, and we all stayed until 1:30 am playing board games and “scarfing ‘za,” as they say in the Maldives.

As usual, MyFitnessPal helped me to navigate the potential minefield, and told me that i could eat four square slices of pizza and drink two cans of Dr. Pepper and still lose weight the next day. And so i did. And so i did. 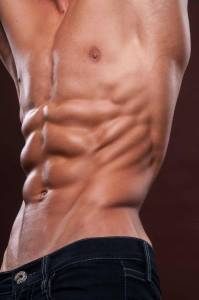 Tell Me What to Eat

i’m meal planning! Got recipes that don’t contain fish, booze, or artisan animal poos? Send em along! My weight is dropping scientifically and reliably since i’ve largely eradicated “takeout” from my family’s vocabulary, and i want to keep the cooking habit going.