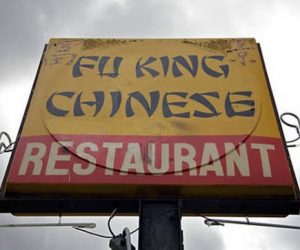 My youngest daughter gets gypped on birthdays because hers happens over Labour Day weekend. We usually like to wait a few weeks so that she can get her bearings at school, and then we throw a belated party for her. This year, we were very late in making good. She had a few friends over for a sleepover, and they staged a mutiny against pizza. So instead, we picked up the phone and dialed Satan and asked him to send us some food that would taste bad and lay me out flat for the rest of the night, and plague me with borderline-illegal farts the rest of Sunday. 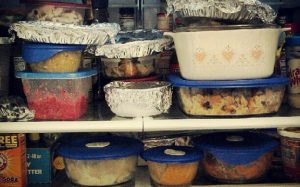 Every family member for him or herself. Daddy’s tooty. 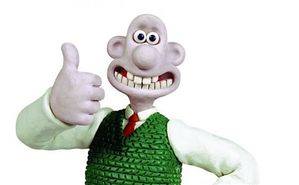 i forgot how much i liked this … sausages, mashed potatoes and gravy, and steamed broccoli. i reminded myself by making it two weeks ago, and then reinforced my memory by making it again this week. 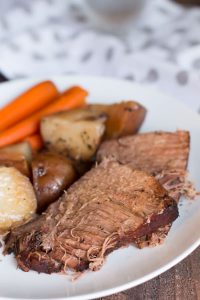 The trouble with crockpot cooking is that everything tastes pretty much the same. This roast was indistinguishable from any other beef roast you might make in a slow cooker, except for a fruity taste from the balsamic vinegar that i didn’t really dig. 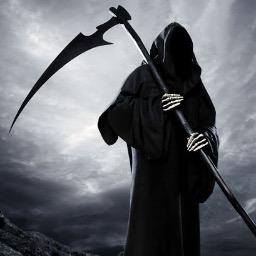 The Reaper beckoned me one step closer on Wednesday with the lure of easy eats, because Cheryl came home late, and the 40 minute round trip required to pick her up from the commuter train makes it difficult to cook after work. 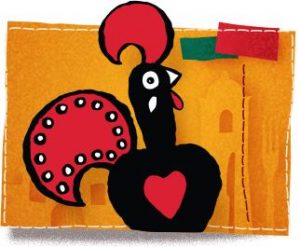 Nando’s is a weird Portuguese/South African fusion restaurant that opened down the street from our old condo, and we never tried the place, but they mentioned it on The Inbetweeners, and talked about going to Nando’s for your birthday. So i decided to go to Nando’s for my birthday.

Things i didn’t know about Nando’s: 1. You eat free during your birthday month (how does that even work?) in the **UK**. But Nando’s Canada offers no such incentives. 2. It’s “fast-casual.” Some wealthy friends of ours described the place as “expensive,” so i was expecting some overpriced sit-down grub. Instead, it’s overpriced fast food that you order at a cafeteria-style counter, and they bring it to you. And the prices weren’t even that bad. But the hot sauce was. Too vinegar-y for my liking. The peri-peri fries and the garlic mashed potatoes were quite good. 3. True to form for Oshawa, the place was pretty dirty. Long-abandoned tables hadn’t been bussed. A warbly-voiced teen straight out of The Simpsons kept asking us if he could take our plates away. But the company was good, and then we went to the toy store and bought some LEGO, all kid-free (thanks, Nana!).

Grandpa Ed cooked us dinner, and it was some of the best spaghetti i’ve ever had. Fresh spaghetti noodles right off the tree, and an amazing sauce … he says nothing special goes into his sauce, but he thinks it’s that good because he just lets it simmer all day long. It was a double thrill for me, because i eat very little gluten these days … so to indulge in some extended-birthday forbidden foods like pasta, bread, Dr. Pepper, and rock cocaine was absolutely delightful.

The Nine Weeks of Ryan’s Birthday continued when my friend Jeff Kolesnikowicz hosted us. Jeff eats a keto diet, so no bread to be found. He put together roast chicken with white kidney bean and chorizo stuffing, and crisp Brussels sprouts with garlic aioli (which you should be very careful never to accidentally call “areola” if you ask for it in a restaurant). 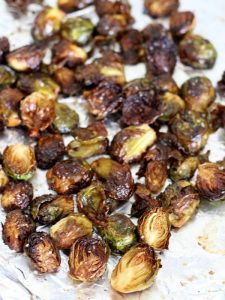 He roasted some broccoli with blue cheese and sesame oil that was quite good, so i scarfed it all down myself without sharing. Dessert was up to us, so we brought store-made ice cream bars like lazy a-holes. Cheryl didn’t realize that Haagen Dasz was a Nestle brand, and so she violated my boycott. We were running too late for me to storm back into the store to return them. But i do have this to offer: my friend Jessica Helen Mann is a huge fan of Magnum ice cream bars, but i’ve never had the fistfuls of cash that they require. i decided to splurge the other day, and i can confirm that they are the best chocolate-dipped ice cream bars out there, hands down. “Bar none,” you could say. Extraordinary. i’m glad for that, because there’s generally no beating Haagen Dasz for quality ice cream. That stuff’s hard not to buy, especially during sales.

Things we threw out

We missed these two because i forgot i had all these birthday dinners in my future. Now that those dinners are in my past, those meals are going back on the roster. Even the sweet potato one. Ugh.

If you’ve got recipes to share that you’d like to see me promise to make and then totally flake out and buy Domino’s instead, don’t be shy – post them here!