i got pretty bummed about Robin Williams last night.

It’s now a few weeks after he killed himself. When it happened, i was on vacation, mercifully free from the 24-hour news channel barrage that no doubt maudlinly flogged the story. That means that i never really had a chance to “grieve”, as odd as it is to use that word when it comes to someone i’ve never met. i’m not a gigantic Robin Williams fan. i watched a lot of Mork and Mindy when i was a kid, and i think i even went through a brief suspenders phase in the early 80’s, but i had long since lost interest in him by the time he had become mom-safe, and every beat of his off-the-wall persona became predictable and one-note. Now he’s gonna do the high wimpy voice with his arms pulled in tight to his chest. Now he’s gonna do the big loud bravado voice with his arms wide open while gyrating his hips. Now he’s gonna do that impression of Tattoo from Fantasy Island even though it’s 2004. And so on.

The thing is, i’ve had this article by Susan Arendt open in Chrome for a weeek. Often, i’ll click on links from Twitter and never get around to reading them, and then my browser pane crams up so tight with tiny tabs that my computer runs out of memory and crashes and i’ll never know whether the article i neglected to read was worthwhile or not. Likely not. But Susan’s article Robin Williams, Suicide, and Being a Coward IS worth a read, if only for the bit where she characterizes depression thusly:

Depression lies, and it knows exactly which lies to tell because it lives inside your head and knows every last thing you hate and fear, and it uses them to trick you. It makes hopelessness seem logical.

Well put. i’ve thankfully never experienced clinical, glued-to-my-bed depression like Williams no doubt has, but i’ve tasted it – sort of like battling the common cold compared to someone else’s far more serious influenza. Susan fairly nails what i’ve experienced with her description.

What really got to me after reflecting on her article is that, as the author and many others have pointed out, Robin Williams had seemingly every resource at his disposal to win that fight, and he still lost. He had fame, he had money, he had millions of adoring fans, and he had left a legacy he could really be proud of. It’s far more than i will ever accomplish, i think, as i approach middle age, and the writing on the wall becomes ever clearer (and then blurry again, as i fumble for the phone to make an optometrist appointment). He had all that, and he still lost. It forced me into a real hard think about the business and work/life balance struggles i’m currently facing. i’ve been reassuring myself, constantly, that once i have fame or money or millions of adoring fans, that those things will solve my problems. Clearly, they won’t. So what will? Back to the drawing board on the entire thing, i guess. 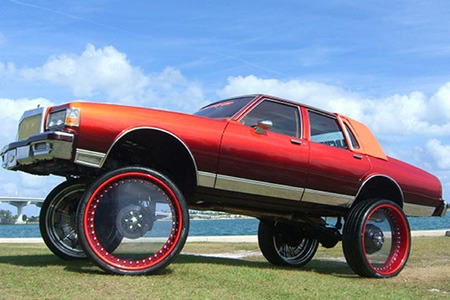 i could be wrong here, but sick rims might just be the answer.

Robin Williams’s suicide accomplished something i’ve only seen once before, in my lifetime anyway: it completely negated his legacy. Netflix has licensed a bunch of Robin Williams movies this week to capitalize on the interest, i suppose, and my daughter had Flubber on in the background the other day. i can’t look at that guy’s face any more and find him anything but sad. i see him, and i just picture the tributes on the covers of general interest magazines in the supermarket checkout aisle, with his birth and death years plastered across them in 72-point bold white font. Say what you will about the man’s comedy before he committed suicide – now he’s just entirely, indisputably unfunny.

The only other time i’ve seen that happen is with – no, not Michael Richards. i feel for that guy. i think he went on his racist tirade because his ego had taken a big hit, being a megastar on Seinfeld and now working small comedy clubs, trying to milk some love out of an audience who had moved on. He wasn’t getting the laughs he was hoping for, and in desperation he tried something – anything – to shock the crowd into a gasping guffaw. i don’t excuse his rant, but i feel like i understand how he arrived at it. No, it’s not Michael Richards. It’s … no. No, it’s not even Roman Polanski.

i’d like to watch Chinatown because i’ve heard it’s a good flick, but i can’t bring myself to watch a Roman Polanski movie because, simply put, he drugged and sodomized a 13-year-old girl, and then fled the country to avoid being tried for his crimes, and THEN continued to profit from the sale of his films in that country because apparently peoples’ need to be entertained trumps their moral stance on bankrolling dirtbag paedophiles. Listen: there are a lot of good movies out there. i’m quite happy going to my grave never having watched Chinatown. i’ve seen the SCTV parody, so i sort of get the gist. But Roman Polanski didn’t destroy his legacy like Robin Williams did, mainly because when you watch a Roman Polanski film, you’re not watching two hours of this creepy director while being expected to laugh. He’s not on-screen at any point during the experience. And inarguably, he hasn’t come anywhere close to destroying his legacy, because people are either ill-informed or apathetic, and the guy’s IMDB page keeps rackin’ up the hits.

So who’s the other person i’m thinking of? Michael Jackson? No, because that dude was crazy-talented and stuffed with money like a bar mitzvah piñata, so Lord knows he was gonna get hit. i think he made some terrible decisions, but they were aftershocks from Joe Jackson beating the crap out of him for screwing up the dance steps to “I Want You Back” at some point back in the 70s. But the fact that two more people have come out alleging abuse, post-mortem, makes me roll my eyes. Show me one person alleging abuse by Michael Jackson without subsequently suing his estate, and maybe i’ll give it another think.

Who, then? John Phillips? Okay, yeah – maybe. That dude is a straight-up hippie creep. Admittedly, i still dig a good Mamas & the Papas song. But Jackson and Phillips are similar cases – it’s a he said/she said scenario, whereas with Polanski, there isn’t any doubt. In any case, it’s a different situation with all three of these guys, because we’re not intended to laugh at their creations. A Michael Jackson groove will still be infectious no matter how he conducted himself at those sleepover parties. Comedy is a different story. 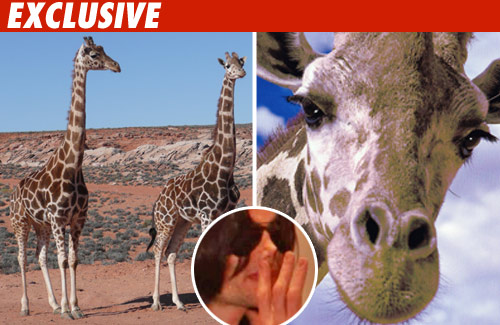 Show me on the giraffe where he shamon’d you.

You know, when i started to write this article, i really only had one other person in mind, but now that i’m into it, i’m coming up with a whole pile of people. Didn’t James Brown pee on someone? Or was that R. Kelly? i dunno. “Lickin’ Stick” is still an amazing tune. Rob Lowe in Wayne’s World and Parks and Recreation something something underage sex tape … i’m digressing. What the heck was i talking about?

No Wheezing at the Juice

No – at long last, the person i’ve been thinking of this whole time has been Tapdancing-OJ-on-a-Rusty-Wife-Murdering-Unicycle-Simpson.

It’s not that OJ Simpson left the same kind of treasured comedic legacy as Robin Williams. But with every viewing of the Naked Gun movies, when they wheel slap-happy OJ Simpson out playing perpetually-injured Nordberg and we’re supposed to chortle and titter and really get into it, i just … i can’t do it. That dude is a total comedy boner-killer for me now. Not to mention a wife killer. The saving grace with OJ’s scenes, i suppose, is that like Jones, he’s getting hurt all the time? At any rate, don’t even TRY to watch him in Roots.

Well, this has been instructive. What have we learned? That i’m okay with drug-fuelled incest as long as you wrote and sang “Creeque Alley” because it’s a totally boss track? Maybe. i dunno. i am approaching middle age, and i have drawn no conclusions. i’ve only just now learned that fame and fortune won’t solve anything, so now i’m totally boned as far as my life’s ambitions go. Just, please: if you’ve created something that i like, don’t diddle anyone or shoot any old ladies in the face, because that’s going to make it harder for me to enjoy your work and to keep myself out of a Robin Williams-grade funk. Stay cool, don’t be creepy, and maybe we’ll all make it out of this thing merely as victims of old age.

Nanu nanu, or whatever.

The Legacy of Time