When my mom used to take me to Walt Disney World when i was a little boy, one of the things that surprised her the most was how excited i’d get by “the people in those big dumb costumes.” i don’t ever remember what are now called “Character Greetings” seeming like such a big deal even to Disney back in the day. In the 80’s, you’d just see Captain Hook bumming a smoke off the Great Mouse Detective near the Fantasyland bathroom and you’d run up and give him a hug. 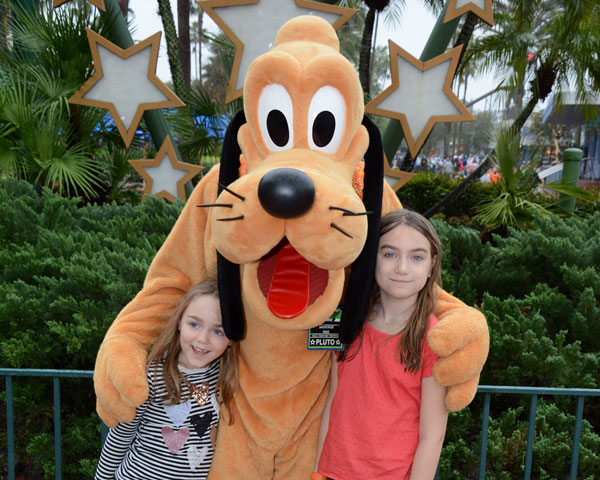 Something about those unblinking eyes…

Pete’s Dragon Gets a Day Planner

Now, characters are scheduled and confined to certain locales in the park where you have to line up to grope them. There are Disney staff photographers there taking your picture, and for an added fee, they’ll send you the pictures they take. Character meetups are highly orchestrated, to the point where there’s a very specific spot where you’re supposed to drop your bag with each character you meet (and only the cast members know where it is, so in your enthusiasm to rub your filthy mitts all over Daisy Duck, they usually bark at you to leave your things in a seemingly random two foot invisible holding pen on the floor nearby). 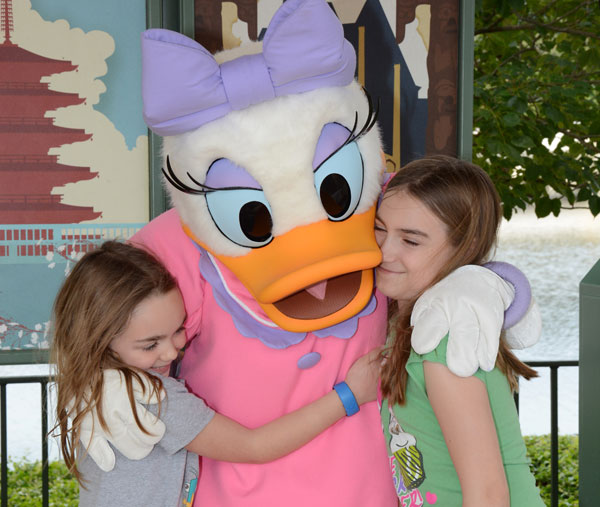 “Oh hi, gir… HEY. WHO LEFT THEIR SHIT OVER THERE?”

The first characters we met were at a breakfast buffet at our resort. They were carefully scheduled to visit each table exactly once, where you were invited to take a picture of Donald, Goofy, and Minnie Mouse with people stuffing their faces with cold $100 eggs Benedict in the background of every shot. From the moment Minnie Mouse approached our table, i thought “this is stupid” and my kids thought “this is stupid” and they posed for a picture and got Minnie to sign their little Disney autograph books and we were all very happy and kept posing for pictures with characters all week long.

The Universal Appeal of a Man in a Suit

Meeting costumed characters was a thrill for the whole family on a number of weird levels, and those levels differed along pubertorious lines. For the kids, i think the thrill was partly that any costume character they’d met in the past was some ramshackle mascot shambling through a fun fair advertising a local dentist’s practice as “Wolfy the Hygiene Wolf” or “Beary the RRSP Contributions BMO Bear” or something shitty like that. The Disney characters were, contrastingly, recognizable, and their costumes were extremely well built. The actors inside are coached within and inch of their lives on how not to make their characters’ overstuffed hands touch little children’s butts. My youngest was mystified to discover that Sofia the First, who is “supposed to be a little girl,” was both taller than her, and didn’t blink or move her lips. There’s something downright spooky and fascinating about masks and mascot costumes that continues to enthrall. 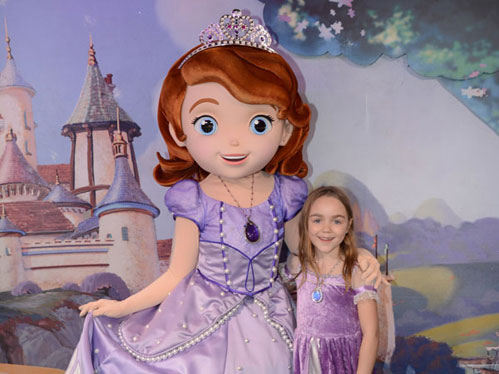 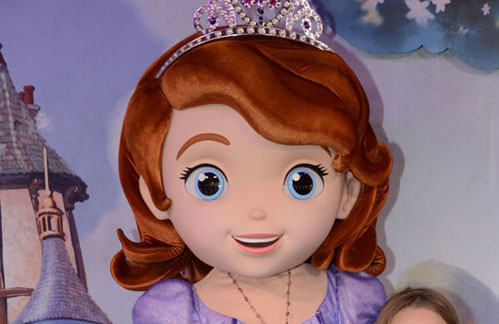 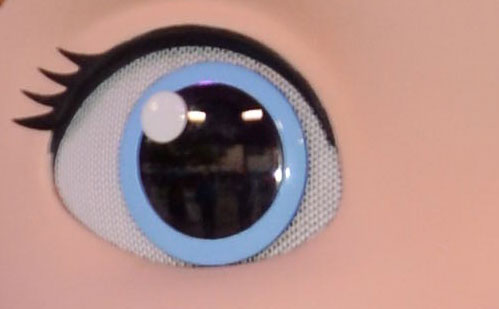 For the adults, the guess-the-underpaid-actor-with-the-bizarre-body-type game endured (giant pot-bellied black guy with a stuffed booty as Goofy, bizarrely-shaped little person as Mike Wazowski), as did the imagine-how-insufferably-hot-it-is-in-there game. i noticed for the first time the vibrancy of the costumes’ colours; Tigger’s fur and Daisy Duck’s bill were both an eye-searingly bright orange, which i guess reads better in a photograph. 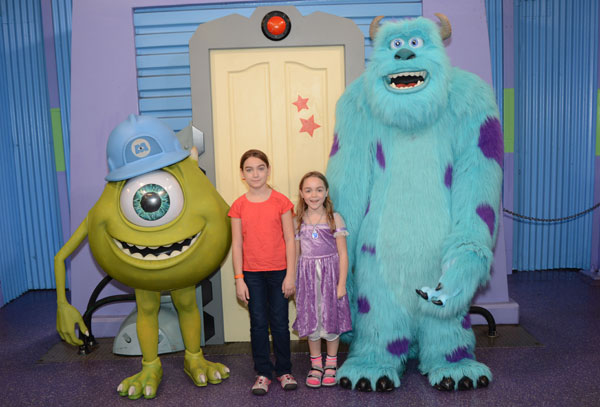 The Mike Wazowski costume in particular was the source of a lot of speculation. 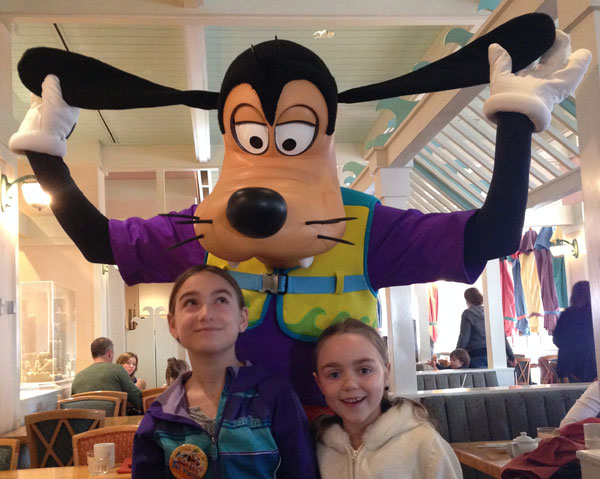 This guy didn’t knock over a single plate of breakfast food, which was disappointing.

For example, Donald Duck was indistinguishable from Minnie Mouse until my youngest daughter went to pose for a picture with him. i pushed her out of the way and screamed “no – MEEE!!” and took her place for the picture. Donald and i were buds after that. He signed “Donald Duck #1” in the girls’ autograph books, and gestured to our Magic Bands wondering why it was Mickey’s silhouette and not his on them. 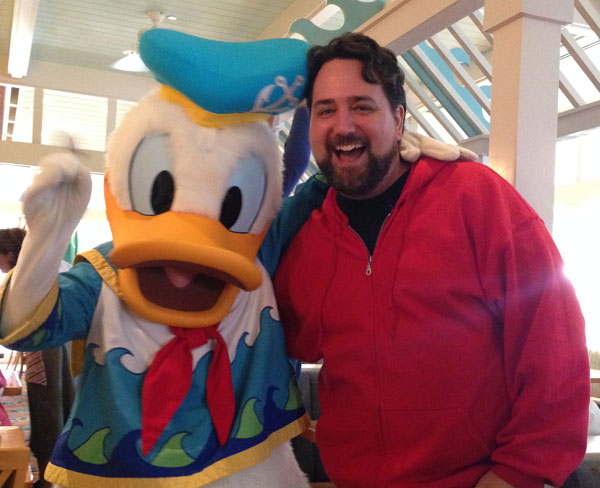 You may know from the YouTube videos that Gaston really likes to ham it up with guests. i challenged him to a push-up contest (which i was prepared to comically lose), but i guess YouTube has ruined that because he turned me down. (Probably for the same reason that the Toy Story characters no longer drop to the ground when someone yells “Andy’s coming!” … too many people caught on, and the poor actors just spent the day crumpling to the ground and getting up again every five seconds.)

Me: i challenge you to a push-up contest!

Gaston: i would, but i don’t want to be unfair to LeFou when he’s not around.

Me: Is it because you don’t want to compete with … all of this?

Instead, he agreed to a flexing contest. i obliged. 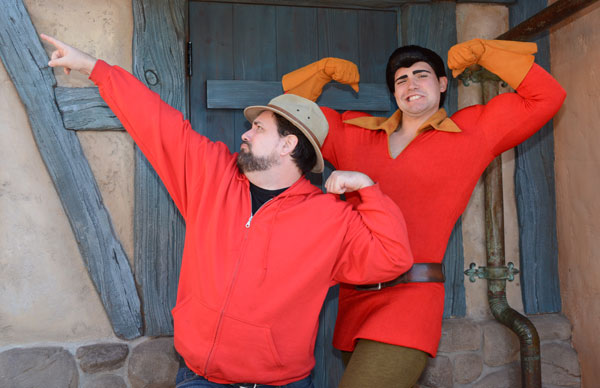 When i addressed King Louie as “the jungle VIP,” he gave me some skin like the cool cat he is. The actor playing Baloo had no idea how to react when i pointed at the sky and yelled “Don Carnage!” 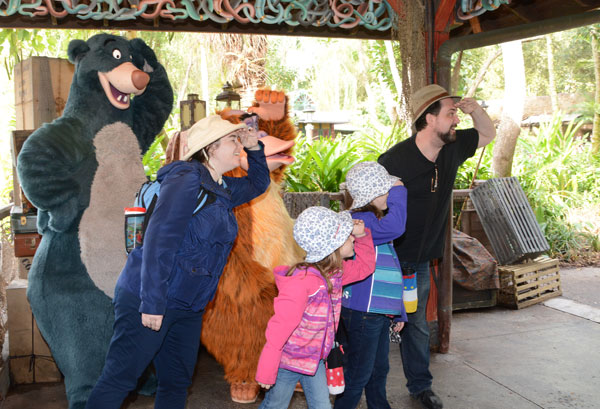 The Toy Story solider saluted me when i thanked him for his service. Daisy Duck got jealous that my wife had made a Donald Duck water bottle holder and a Minnie Mouse holder, but no Daisy holder. Winnie the Pooh was extremely gentle and bland, but i managed to match his outfit. 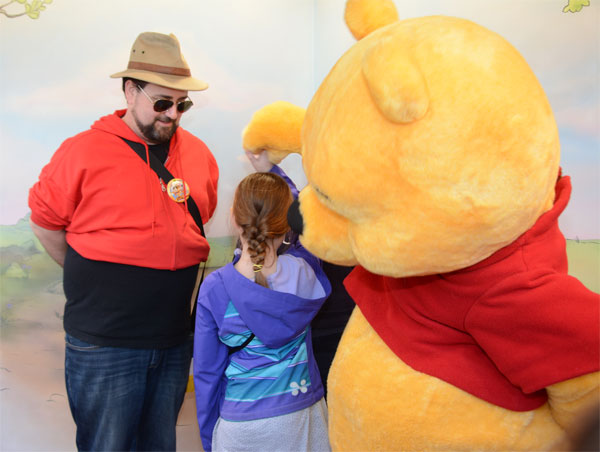 Who wore it best: me or Winnie the Pooh?

There was a limit to the shenanigans. Chewbacca wouldn’t give me a fist bump when i said “punch it, Chewie!” His handler said “he doesn’t recognize that hand gesture.” He couldn’t see me through his not-quite-movie-quality wookiee eyeholes, more likely. 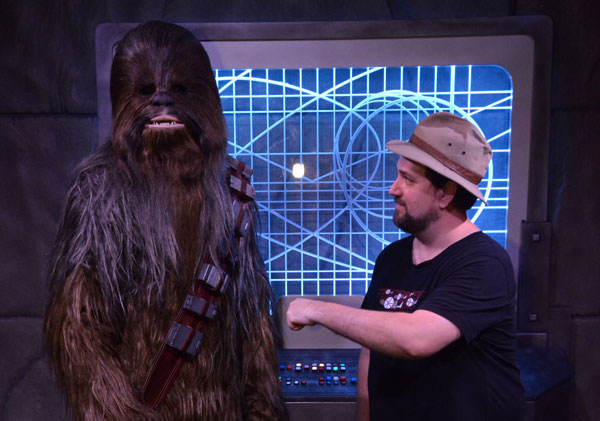 Meeting a 9-foot-tall Darth Vader was thrilling, but my request to get a force-choke pose was denied. “No aggressions,” explained his handler. i guess they just don’t want weird drunk dads punching out Darth Vader or anything. In fact, that could have explained the conspicuous absence of a lot of Disney villains (i think we counted exactly two meet-and-greetable villains during our entire week, depending on your King Louie stance). It would have been great to have met Dr. Facilier or some of the other bad guys, but with the princesses and the classic Disney shorts characters being among the only represented characters, i can only imagine the kinds of interactions guests have had with villains to make them so scarce. In the end, i had to settle for an awkward nerd pose with Vader. My specialty. 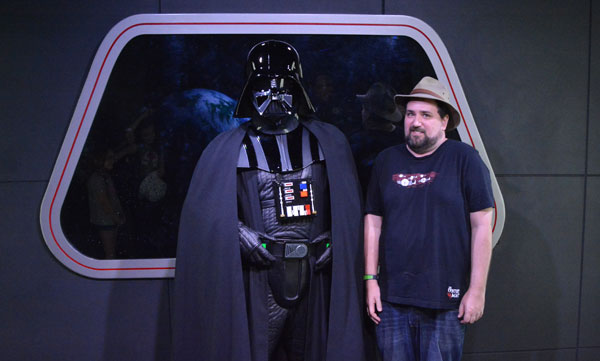 “I find your lack of social competence … disturbing.”

Some of the casting decisions for the “face characters” were a little bizarre. Instead of being played by an older man, the Mad Hatter was played by a younger man with a weird prosthetic nose. Instead of being played by beautiful girls, the princesses were played by … girls. It was pretty clear that the most attractive women were on stage in the various shows around the park, while the more … approachable ladies were relegated to being pawed at by creepy middle-aged dads like me in character encounter queues. To be fair though, it’s easy to be ugly beneath a big weird wig and a gallon of makeup. Even Gaston was pretty off-putting with his drawn-on eyebrows, cartoonish wig, and fake muscles. 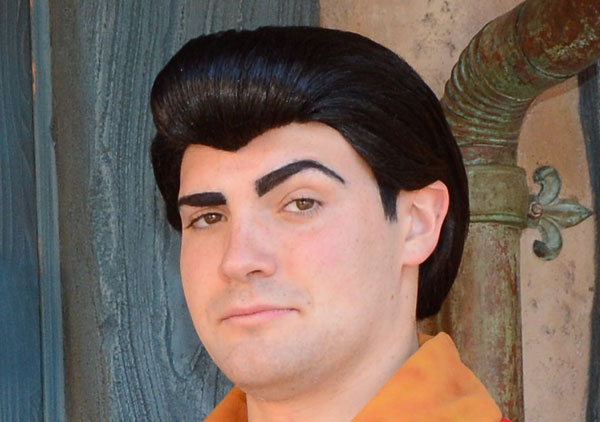 What works in pictures is unsettling in real life.

My wife noticed a sign in the park that said that costumes may not be worn by guests over 14, which is probably a very good policy. It was a little at-odds with the impressive full-body cosplay stormtrooper suits being sold at one of the Star Wars gift shops, but nobody wants their kid to get bad-touched by someone pretending to be a costumed staffer. It made me rethink my fantasy of dressing up as Homeless Mickey Mouse and panhandling on Main Street USA just to see how many YouTube hits i’d get.

NEXT: On Being Taken for a Ride

PREVIOUS: On the Magical Veneer Flaking Off