Quick: what do you picture when you think of the word “culture”? What immediately springs to my mind is some sort of brightly-patterned sarong worn by a woman who’s about to cook something delicious that i’ve never heard of. Maybe you picture yoghurt? i dunno. Throughout my life, living in or near the milticoloured artist’s palette that is Toronto, the word “culture” has been intrinsically imbued with two qualities: positivity, and otherness. 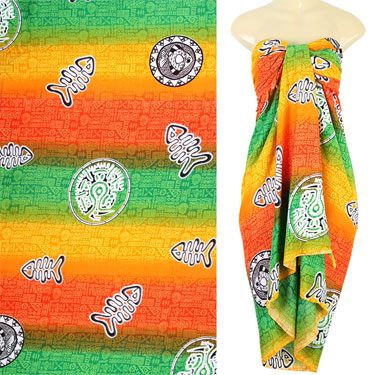 If that’s sarong, i don’t want to be right.

i feel that it’s taken many years and knowledge of certain events and practices for the word to endure some bad PR. Female circumcision and niqab/burka-wearing are two customs that have brought to light the notion that while something may be cultural, it’s not necessarily good.

Amid the controversy surrounding wife-beating Ray Rice, Minnesota Vikings footballsman Adrian Peterson is up on charges for child abuse. The accusation is that, as some people put it, he “beat his son with a tree branch,” causing injuries tantamount to child abuse. Other outlets report that he used a “switch” (his word) as his spanking implement of choice. A switch, as i understand it, is a thin, pliable whip cut from a young tree. A tree branch is a god-damned oaken limb. As my imagination tells it, there’s a great gulf fixed between a huge, muscular football player stinging his kid with a whip-like twig versus clobbering him with a chunk of Groot. Either way, a switch stings like a bitch. If you’re gonna spank, and you’re comprised of a few hundred pounds of rippling muscle and sinew, then why even reach for an object? Why not just spank the kid with your dinner plate-sized hand?

Ah got these big gloves for to spank me some childrens.

The Peterson situation has drawn out proponents of “whooping culture” – people defending their “right” to corporally punish their kids. It’s also drawn charges of racism, with some people claiming that whooping is a thing black people do. Other people have claimed racism against that claim. And i think that’s racist. It’s like racist Inception up in here.

It’s racists all the way down.

i remember the moment i decided to never watch anything Canadian comedian Russell Peters put out ever again. It was this bit:

“You Canadian parents need to start beating your kids.” Hilaaaaarious, Russell! That’s gonna go down in the annals of comedy history, along with Ralph Kramden’s threat to punch his wife “right in the kisser,” which was so hysterical in the 50’s that it became his catchphrase.

Before you suggest that i don’t really have a good sense of humour, understand this: i have an amazing sense of humour, and there’s a big difference between, say, a Chris Rock bit where he’s talking about getting a whoopin’ when he was a kid as sort of a shared experience between him and his audience, and Russell Peters actively encouraging parents to hit their children. This is the subtle dividing line between “that’s funny because i can relate” and “that’s absolutely not cool, dude.” If you still think his bit is a real knee-slapper, try substituting “women” for “children”:

“Immigrant husbands beat their wives all the time. When they come to Canada, they keep on beating their wives. You Canadian husbands need to start beating your wives.” Tell me when you’re finished busting a gut over there.

Race to the Bottom

i hope some of us on this planet are above wife-beating. i hope we’re above child-beating too, but as my mother (a retired child protection worker of a few decades) has expressed it, there are laws in place and an adequate social consciousness policing the mistreatment of women in Canada. It’s nowhere near perfect, of course, but the protection of women in this country is has progressed much further than the protection of kids. Children, she says, are the last bastion of abuse, because nobody sticks up for them. If kids are abused or if, as Peterson’s son tells it, “Daddy Peterson hit me on my face,” it can easily be played up for laughs as a growing pain and dismissed as “cultural” by the likes of Russell Peters. It’s not beating your kids – it’s “whoopin’.” Dropping the “g” makes it sound endearing and comical, you see.

And who am i to criticize? i’m white. i’m not allowed to have a voice in this debate. By speaking out against this kind of thing, i am attacking someone’s culture. And culture is immune from criticism. Criticizing culture is racist.

Despite not being black or brown i do, incidentally, have a father-in-law whose drunk dad’s spanking-implement-of-choice was a 2×4 plank of lumber, which i suppose is somewhere between a switch and a tree branch. His account of the abuse he suffered at the hands of his father has primarily informed my wife’s decision to abstain from alcohol her entire life. In my own life, my would-be stepfather punched me in the stomach exactly once. My mother promptly divorced him, providing a very early life lesson for me in not taking anyone’s bullshit.

No matter what colour you paint it – black, brown, or conservative country n’ Western Christian – calling something “cultural” does not coat it in critical teflon. 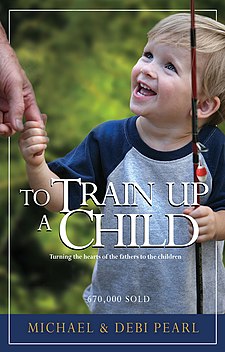 This charming tome hails from a Christian subculture of child discipline. It’s been linked to the deaths of three children.

Seemingly tangentially, Small Wonder is a horrible sitcom from the 1980’s about a scientist who creates an android daughter. The show was remade in India as Karishma kaa Karishma and aired there on the Disney Channel. In the 4th episode, Indian Jamie Lawson schemes to have Indian V.I.C.I. robo-magically change his grades, so that Indian Ted Lawson won’t beat him. This is mimed for the benefit of non-native speakers by two sharp slaps across the face.