i really go in for mind-blowing trivia. Here are a few of the more outstanding bits of Didja Know that i’ll troll out during lulls in conversation so that i can convince myself (and others) that i’m an interesting person to talk to.

Ampersand Got Its Name from Lazy, Slurring Students

i have to thank my friend Andy for telling me this one, while he was trying to convince himself (and others) that he’s an interesting person to talk to. The “and” symbol, &, is called an “ampersand” because it used to be tacked on as a final honourary letter of the English alphabet (W X Y Z &). When schoolchildren recited their ABCs, they would say “W X Y Z and, per se, ‘and’.” (Per se is Latin for “in itself” or “by itself.”)

Because schoolchildren in the 1800’s couldn’t wait to bust ass out of school to play on their wooden Game Boys and their tin-and-leather Oculus Rifts, they got lazy and rushed through things. “And, per se, ‘and'” became more and more hastily slurred at the end of a one-room school day, until it became the smudgy glorm-word “ampersand” that we (scarcely) know and (don’t really) love today. 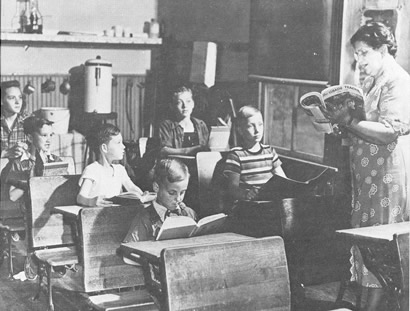 Schoolhouses, before the invention of additional rooms.

Of course, when Andy told me all of this, i accused him of being more filled with crap than a turd taco. Then i looked it up. And so should you.

Braille Does Not Have a ‘W’

While filling my time with “lookit how interesting i am” conversation with a friend, i made the wild claim that Braille originally lacked a symbol for the letter W, because Louis Braille was French, and the French don’t (or didn’t) use W – they prefer to spell the “wuh” sound with “ou,” as in “oui.” When Braille was modified for English speakers, W had to be added to the language by reversing the bumps for the letter “R.” 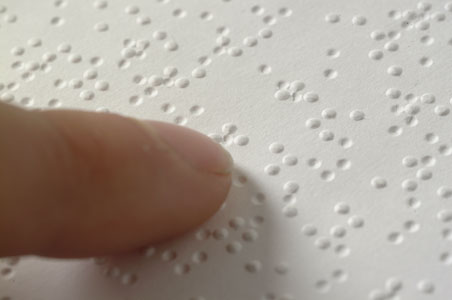 i have no idea how this post would read if translated into French braille.

As i had done with Andy, my friend called shenanigans on me, and we spent the next hour trying to come up with native French words that begin with a “W” (“le weekend” doesn’t count). We couldn’t.

What do you make of it? Truth or nonsense? Let your fingers do the Googling, and find out!

Carrots Improving Eyesight is a Lie Invented to Trick Nazis

i love it when long adhered-to wive’s tales are debunked, especially ones that everyone seems to believe merely because they’re repeated. It’s even more satisfying when the debunking leads to a lifestyle improvement. (i know i just ate a giant meal, but i want to go swimming anyway, and your idiotic wive’s tale about cramps isn’t going to stop me, MOM.) 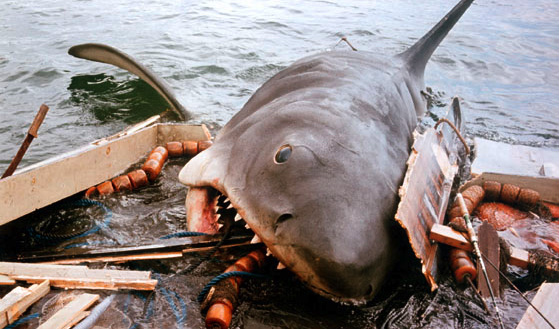 The only important rule about swimming is to wait one hour after Jaws.

Throughout my childhood, i was told (perhaps slyly) that carrots would improve my vision. If the adults in my life were really being tools about it, they’d say that eating carrots would enable me to see in the dark which, along with their Santa Claus/Tooth Fairy/Easter Bunny stories, led me to form the very early (and still staunchly-held) opinion that adults are assholes.

The myth about carrots dramatically improving your eyesight was a piece of propaganda spread in World War II as a cover-up story, to mask the fact that the Allies had developed a sophisticated radar tool to detect incoming fighter planes. The Axis were meant to believe that Allied flyboys were shooting down so many of their planes because of increased carrot consumption that gave them eagle eyes.

It bothers me that a myth perpetuated in the 40’s persisted to torment me in the 80’s. i’m 8 years old. Do i look like a Nazi to you, Mom? Then how you gonna bullshit me like a Nazi? 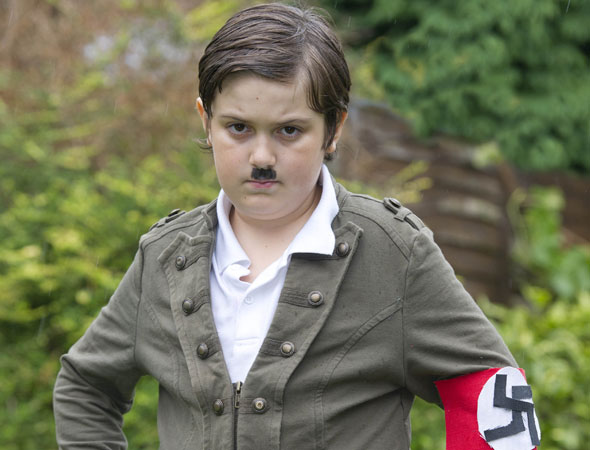 Nothing is lighter and fluffier than a cloud, or so cartoons would have us believe. But you know what? There are a LOT of exaggerations in cartoons, as i’ve spent most of my adult life learning the hard way. 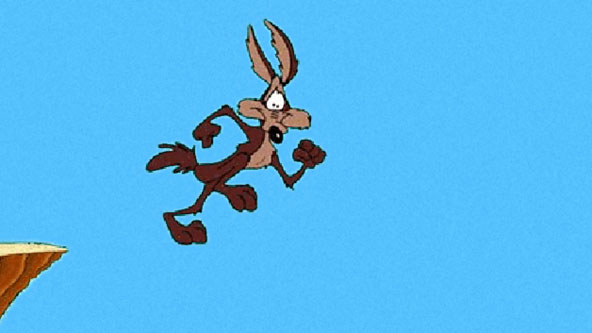 This: not a thing.

Far from being nature’s cotton candy, clouds are made of water. If you’ve ever tried lifting a bucket of water, you’ll no doubt have discovered that you really need to work out more, because why is this bucket so impossible to lift? Clouds, in fact, can be comprised of millions of tons of water – especially the ones shaped like rabbits that she argues are actually shaped like trains, but then she would say that because she’s afraid of flying and you’ve always wanted a pet but you don’t know if you can really commit to all that maintenance.

The next time you have to lift a bucket of cloud to put out a campfire, lift from the knees.

It’s Your Turn to Pretend to be Interesting

This is why the Good Lord made comment fields. Do you have any Cliff Claven-esque nuggets of useless knowledge that you whip out when you have no idea what else to say? Please punch them in below, because i’m collecting them. And then if you and i are ever in a conversation together and i forgetfully foist your own trivia on you, you’ll see right through my desperate conversation stimulation tactic, and my carefully constructed house of cards of a personality will come crashing down. Well done, you!