Part Two in my unintended series on Health Class Remembrances will likely be the end of it, because i really only remember three or four health classes. One was our sex ed class in fifth grade, in which a nice old public health nurse coaxed slang words for genitalia out of us and wrote all the words on the board. (i volunteered “wang,” one of my favourites, and had the pleasure of seeing it writ large at the front of the room. Truly a highlight of my academic career.) The other was a health class in ninth or tenth grade during which my stocky/portly (sporckly?) phys ed teacher made the outrageous claim that “if you’re in peak physical condition, you should be able to jump up and down in front of the mirror, and nothing should jiggle.”

This didn’t seem quite right to me. With wangs constantly on my mind, i approached him after class and begged clarification. “Nothing should jiggle,” he reaffirmed. “But what about …” i said. “NOTHING,” he barked. Alrighty then.

My grade ten gym teacher was apparently unacquainted with the phenomenon of helicopter dick.

My second most memorable Health Class Remembrance was far less psychologically damaging than the somatotype lesson. But the reason why it was so memorable could be summed up in the preposterous personage of our teacher, Mr. W.

Cut from dramatically different cloth than your typical health teacher, i don’t think Mr. W ever actually taught physical education. Mr. W wasn’t exactly the first thing you pictured when you thought of “health.” (True, few health teachers are – but Mr. W wasn’t, by a wide margin.) Mid-40’s and overweight, his pursed lips and chubby pock-marked cheeks bubbled out from beneath a pair of decades-old glasses, which were topped by an equally outdated crew cut. Mr. W wore overly tight sweater vests and breathed audibly from his mouth. He was a prototypical nerd: the mold from which all other nerds were pressed. Mr. W was what would have happened if Piggy had escaped the island in Lord of the Flies and grew up to become an elementary school health teacher. i’m pretty sure Gary Larson’s everyman character was based on Mr. W. And perhaps worst of all, Mr. W’s first name was Doug. 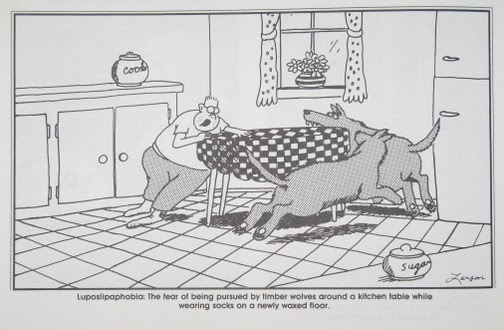 Of course, none of us actually called him Mr. W. That would be far more hip than the situation warranted. i’m omitting his last name here to grant the man some shred of dignity … at least until the third act of this story.

Mr. W helmed the second most memorable health class that i ever attended. i remember the day clearly: it was bright and sunny, perhaps in June, when all the teachers had marked your final tests or assignments, but were still pretending that your conduct mattered, so they wouldn’t have a student revolt on their hands. Likewise, we pretended that the movie rentals they were showing us during every class were important to our student lives, as long as we could recline in a dimly-lit classroom and relax for the rest of the month. 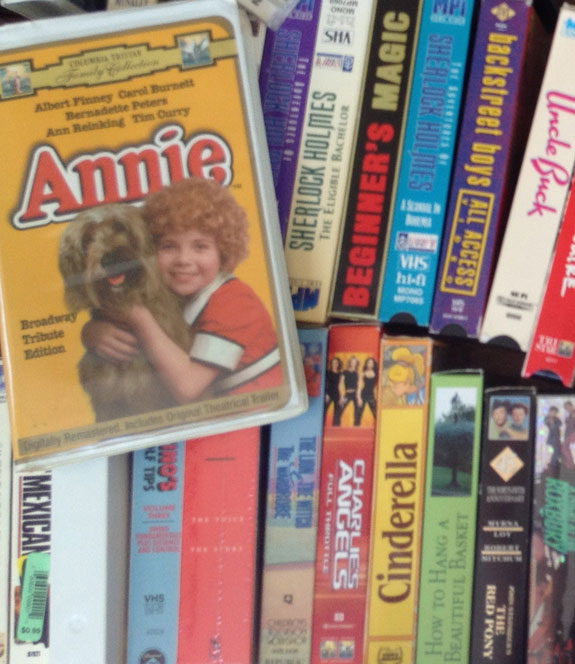 Behold: the late-June curriculum for any 90’s elementary school.

In stark contrast, the health class streamed with sunshine through wide-open windows. Mr. W had a very grave look on his face. He paced about the room, saying nothing, eventually stopping in the corner of the classroom attempting to command our attention. When the focus surprisingly became his, he stood at attention with his heels clapped together. He had really prepared for this class. We could tell. He inhaled audibly, and with all the gravity of Alfred Hitchcock introducing tonight’s story about muuuurduhr, Mr. W rattled off some alarming and implausible statistic about teenage suicide.

“By the time they turn 18, one hundred and seven percent of all teenagers will have killed themselves,” he declared darkly.

Then Mr. W looked around the room accusingly, peering into the faces of the eighth grade preteens, as if we had something to do with it. He stepped heavily to the front of the class, and posed there. Another pregnant silence passed. And then, Mr. W said, “this madness has to STOP.

That’s it, really. That’s all i remember about the class. Just this unfortunate guy who was difficult to take seriously imploring us not to kill ourselves when we became teens which, to our minds, was at least twenty years off.

Mop ‘Til You Drop

i won’t lie: it was pretty gross. i do visit sex shops into my adulthood from time to time, but the ones in Toronto have their high-priced “marital aids” tastefully segregated from their “jailbait farmsex” materials. This place was wall-to-wall, in-your-face smut. We learned about the sensationalism the adult film industry, about how they tried to make silicon-stuffed mountains out of mons pubis molehills. i remember raising an eyebrow at a whole series called “Ready to Drop,” featuring women having sex in their third trimester. That series appeared to have the highest production values in that entire rack devoted to preggo porn. My more sexually experienced friend was mystified by a video promising “shockingly filthy acts of moral depravity.” She turned the video case over to squint at the grainy thumbnails on the back. “He’s pulling out,” she said. “What’s the big deal?”

Along one side of the store were three or four curtained-off “viewing booths.” We inundated Steve with questions about them.

“Guys rent videos, and … they go in and watch them.”

“Does that actually happen??”

“Have YOU rented videos to booth guys??”

“And they go in there and watch them???”

“i take care of the store. i have to clean everything up.”

And that’s how, for a short time anyway, our friend Steve earned the nickname “jizz-mopper.” At least until he decided that embarrassing his parents wasn’t worth the humiliation of sponging dried dude-butter out of the video cassette player slots.

We were sternly reprimanded by Steve afterward. This was a place of business, he said, and these were its customers, and they shouldn’t be made to feel humiliated for shopping there – that his livelihood depended on its patrons’ mutual candour. But of course, our minds were reeling: what was Mr. W into? Gross preggo porn? Whatever it was, yuck. Was he so adamant about preventing teens from killing themselves so they could star in more movies for him to watch? And did he ever use one of those in-store viewing booths? Had our friend Steve ever cleaned up after Mr. W’s million little suicides??

Really, it’s a salacious anecdote that’s best left forgotten. But try as i might, i can’t shake the memory of the time we caught our grade eight health teacher patronising the boner factory.